The first evidence of growing Treviso’s Radicchio Rosso goes back to the sixteenth century, but the assumptions and legends about its true history are lost in the mists of time.

The collection of tardive Radicchio di Treviso IGP begins with the first frosts and continues without interruption until there are no plants left in the field. Cleaned of the outer leaves and the soil, the heads are fastened into large bundles and submerged into the river Sile’s spring water for the last stage of the process: bleaching.

From a botanical point of view, the Flower of Health originates from the native strain of Cichorium intybus, the common wild chicory with the characteristic blue flowers. Over the last two centuries it has been the subject of careful selection and skillful crossings, resulting in the current specification of PGI production, which attests to its standard and uniqueness.

It was precisely the farmers in the Treviso area, land with a wealth of springs, the first to introduce this basic element in the production chain, probably in the second half of the nineteenth century. The process was gradually refined until it reached today’s near-perfection, but the tardive Radicchio di Treviso IGP has always been the fruit of secular synergy between man’s toil and nature’s cycles. 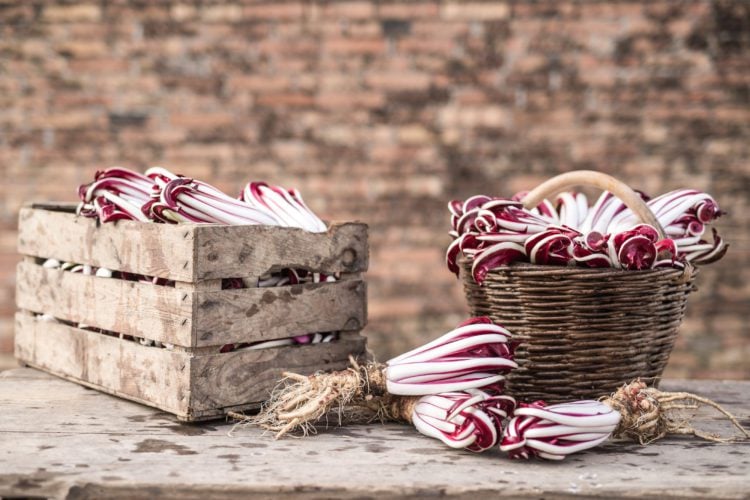